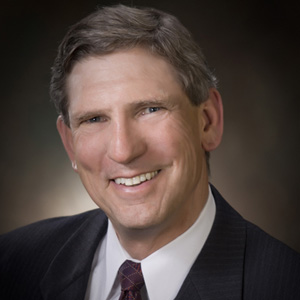 Like many of his colleagues who graduated from Monterey College of Law, Ron’s route to law school was a circuitous one.  Born and raised in the Midwest, he graduated from the University of Michigan in 1970.  Hitchhiking his way around the country he played guitar, wrote songs, helped form a commune, spent a couple of years in Hawaii, worked as a fry cook and on a lettuce farm, and was the Administrator of a Montessori School when he learned that a law school was being started in Monterey.

“It was a dream come true to be able to work and attend law school in Monterey County.”

He had decided to be a lawyer after his experiences in competitive speech (placing third in the State of Ohio in the National Forensic League’s “Extemporaneous Speech” category) and reading “My Life in Court” by Louis Nizer.  He became a member of the first class at the new law school.  His first-year professors included Richard Silver, Harkjoon Paik and Steve Pearson, along with Silver and Bill Daniels teaching Legal Methods.

“MCL has had a huge impact on my life and my career.  There was no way I would have driven to San Jose to go to law school.  Everything I am as a lawyer is due to MCL.”

As the author of “California Legal Research,” Ron was invited to team teach with Steve Dyer after graduation, and went on to teach several courses including Legal Research and Writing, Criminal Procedure, and Civil Litigation.  He taught for 37 years, receiving the Professor of the Year Award six times, and was Dean of Clinical Studies for two years.

“The practical approach to the learning of law is a tremendous strength of MCL” and it enabled Ron to work in a law office while going to classes, which led to a job right after graduation.  He worked at the law firms of Cominos, Shostak and Epstein as well as Lavorato, House and Granberg, before opening his own law firm and becoming a Family Law Specialist.

Later, Ron created a community legal education program called Elementary Law after he wrote the script for the “Trial of Danny Defendant,” who had stolen a cookie.  Fifth graders and their teachers came to the Monterey County Courthouse where the students played all of the parts including the judge, attorneys, witnesses and members of the jury.

He also wrote the script for Teresa’s Day, a video that was produced by the Monterey County Superior Court as a community outreach project.  Directed by Emmy winner and local resident, Peter Baldwin, the roles were played by several local attorneys and judges.

“MCL is a wonderful resource for the people who live here.  The Heisler Moot Court has also had an enormous impact on the community.  There are so many educated people in Monterey County and it offers an opportunity for them to learn about important legal topics.”

Besides his wife, Denise, and his family, Ron believes that most of the people who are important and meaningful in his life are people he knows due to his continuing connection with Monterey College of Law.  He is fulsome in his praise of the law school and Dean Mitch Winick.  “Dean Winick was ahead of the distance learning curve long before the COVID-19 pandemic.  He is amazing with his vision for MCL.”